The food industry must be able to feed Finns both under normal and exceptional circumstances and after exceptional circumstances. There is no room for inaccuracy or any mistakes in the food production chain. The specific needs of the particular process in question must be both carefully considered in the design and implementation of the weighing, as well as the dosing system. The system supplier’s experience in the various food industry processes and problem solutions ensures that optimal solutions and equipment can be found at different sites. Accuracy, repeatability and reliability, as well as hygienic cleaning ability of materials and equipment, are key issues when designing systems for the food industry.

We supply the food industry with machines and equipment very extensively for all parts of the process´s, from the receiving of raw materials, to their transfer, dosing, weighing and packaging of the final products. Our customers include for example, factories in the meat, dairy, baking, beverage and confectionery industries.

The most typical device for measuring the amount of raw material received is a vehicle scale. For example, a totalizing hopper scale is usually used to receive grain. In general and in connection with the receipt of bulk material, the factory may use for example, a belt scale or a weighing silo, into which the supplier blows the material. All of these methods are also suitable for commercial weighing – the plant buys the raw material on the basis of weighing and in this respect the reliability of the weighing equipment is essential.

From the silo or from the tank of the received raw material, the material is transferred to the production lines or from the vehicle scale first to the tank and then from there to the production lines. Lines usually have smaller day tanks or tanks with weighing, called mass tanks. The belt scale can also be used for weighing so that the raw material is brought to the beginning of the dosing process.

Dosing of raw materials for the process

Dosing to the process takes place from dosing tanks which are on top of weighing transmitters or the trolley is brought on to a weighbridge, for example. From there, dosing to the process usually takes place in a batch process, very often according to a recipe. The process requires several raw materials, from which the desired amounts are dosed in connection with the recipe in question for the manufacture of the product. A continuous process is also possible, but not very common in the food industry.

Sampling is also done to the material that is often received and at least for the product that goes into production. Bulk material can be sampled with various samplers, from which the sample is transferred for laboratory testing. We also supply laboratory scales for that purpose.

Packaging of the final product

Once the process is complete and the masses are mixed, packaging of the final product follows. The most common equipment we have supplied for packaging is mainly big bag lines. Canning lines can also be used for liquids or box packaging lines for confectionery, for example. They are usually filling devices on conveyors. The material box or canister itself is first brought to the packaging point on the transport line and filled there. The packaged product continues from there along the conveyor line. Robotic lines can also be used for this purpose. Almost all of these lines are subject to commercial weighing.

Check weighing of the final product after packaging

The packaging of the product already meets the certification requirements, i.e. it is suitable for commercial weighing, but there are still situations where the final product has been packaged but has not yet been weighed in a way that meets the certification requirements. If the packaging device has not been certified, a check weighing of the final product must be carried out to ensure that the packaging can be forwarded in an approved manner.

The check weigher checks whether the weight of the packed jar or box is within the permissible limits. If it is not, the device reports it and the wrongly weighted packages are removed from the line. The machine can also check the number of products in the box. In this case, the check is carried out in such a way that, for example if there are 24 bottles in the beverage basket and 1 bottle has been left out, the scale gives information about the incorrect filling. If any of the bottles are broken, the device will also report it.

There may also be situations where the weight is only transferred to the upper system and the weight of each package is recorded there without any limits being set on it. In that case, each package must be sold according to the weight found during weighing. These are also commercial weighing’s.

Delivery of bulk material to the customer

In the case of bulk material, the vehicle scale is the most common device used to weigh goods being delivered to the customer. A totalizing hopper scale can be used when weighing grain. It can also be a loading station with silo weighing’s. From the silos, the goods are loaded directly into the vehicles. These are also commercial weighing’s, i.e. the scales have an EU type approval certificate; they comply with the Machinery Directive and are CE marked. 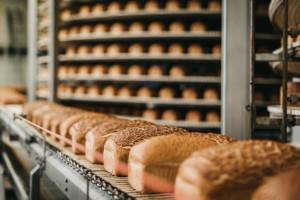 Lahti Precision can also supply modernization to any existing plants. There can be for example an old big bag scale in which the scale electronics are broken. It may no longer have new equivalent electronics available and its components do not have current EU test certificates. Of course the scale can be used as long as it works and then it can also be certified, but if the scale electronics are broken the situation becomes more complicated. In that case the mere addition of a new weighing terminal does not guarantee that the scale will be approved. The new weighing terminal does have an EU type-approval certificate, but if the components of the old bagging scale are old, they do not have EU test certificates. Therefore, both the weighing terminal and the components with the EU test certificates must be supplied. These allow the scale to be approved as an automatic filling device.

Another example might be an old packaging machine that may not even have an approval or is operating with uncertainty. It may be that the machine fills the package volumetrically, but not gravimetrically. In this case, the alternative would be to replace the entire packaging machine or to supply a check weigher after the line, so as to check that all the packs are of the correct weight.

In addition to the equipment, Lahti Precision also provides services: equipment installations, installation supervision of the equipment that we supply, commissioning, initial verifications, maintenance and periodic maintenance, and if necessary calibrating. Our customers have different contract models in use and we recommend that you get to know them with the guidance of our experts. Of course our scales can also be connected to the mScales weighing service.

Specific requirements in the food sector

Particular attention will be paid to the clothing, level of protection, occupational safety and hygiene of all persons carrying out maintenance and installation work in food establishments. As a rule, the entire field staff has for example hygiene certification. Annual maintenance is always performed by designated individuals who have been tested for salmonella. The people who go to the production plants to perform any work are only in good health.

When designing the structure of the devices, it is important to take into account their suitability for food handling. For example, they must not have holes and cavities that are difficult or even impossible to clean. Level surfaces must be inclined to prevent the accumulation of liquid on them.

The materials used in the construction of the equipment must be durable, easy to clean, stainless and resistant to moisture and acids. In certain processes, steel surfaces must also be electro polished.

Conveyor belts and chain conveyors used in these processes must also be approved for food production in terms of both materials and structures.

The author of the article is Mr. Pekka Saarinen, sales manager, scales and weighing systems. Mr. Pekka has decades of experience in e.g. weighing and dosing systems in the food industry.

Ice cream factory Froneri relies on Lahti Precision's weighing solutions
"We had asked for other offers, but it was easy to choose Lahti Precision, because the previous equipment had served so well."

Check out our systems

A weighing system executed by an expert is a profitable investment
When considering the full life cycle costs and especially the reliability and accuracy of the equipment, it is usually most economical to purchase a weighing system from a weighing expert.

Is my scale in commercial use?
The structure and operation of the commercial scale must meet certain criteria, which are determined by laws, directives and many other standards.